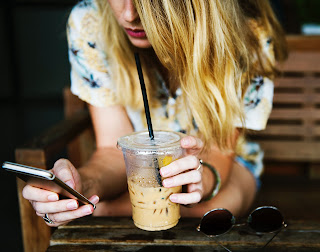 Besides being easy to find, a wide selection of variants of milk tea can actually describe a person's personality.

According to Devon Tumulak, one of the employees at the milk outlet, he found a picture of personality from a glass of milk tea ordered, as reported by 22 Words.

Original Milk Tea. For those of you who order original milk tea, Devon says you have a predictable personality.

This is seen from the original taste choices, which seem 'basic'.

Even though milk tea or bubble tea has many new flavors that are interesting to try.

According to him, people who order matcha milk tea care about health but not really, because it is still tempted by milk tea and boba.

In addition to milk tea, usually many beverage outlets that also sell slushie or fruit ice drinks which are added with boba topping.

According to Devon, people who order this menu have personalities that don't appreciate Asian culture.

Jasmine Milk Tea. It has a fragrant aroma and unique taste, people who order jasmine milk tea have a soft personality.

Moreover, this one drink is most ordered by women, so Devon is sure that women who like jasmine milk tea.

"Thai Milk Tea." You probably are mothers who like simple things, "Devon wrote.

Those who order Thai milk tea, tend to have a simple personality, and like something fast at affordable prices.

So that Thai milk tea is always their choice.

Coffee Milk Tea. People who order coffee milk tea have a strong personality, and have a bright future.

For Devon, people who order taro milk tea are people who have just tried this drink.